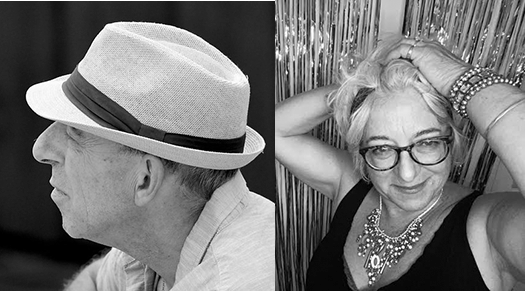 Peter Harbocian is an accomplished guitarist, vocalist and a seasoned performer. His music honours his early musical influences from his childhood growing and playing in the Catskills Mountains of New York State.  60’s and 70’s folk, bluegrass, and acoustic music of every kind have shaped his style and sound.

Mary Harbocian has been playing double bass and ukulele for years. She played in a children’s group when her children were young, and has played bluegrass, folk, and everything in between. She is the heartbeat of any group on double bass. Pete is Mary’s brother, and even though they have been playing separately for years, they are playing on stage together here for the first time.